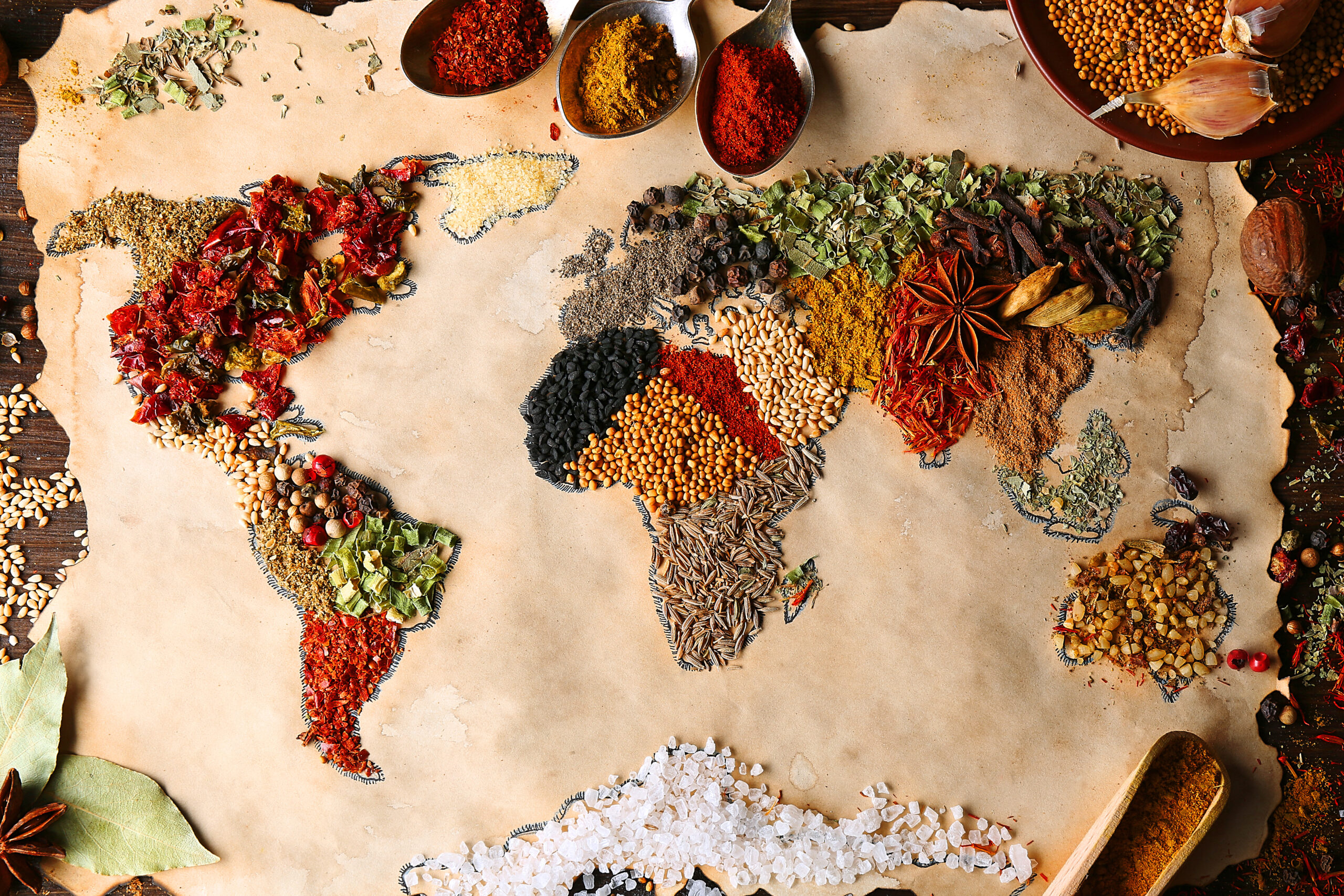 The first memory that comes to mind thinking about the years spent in Luiss.

My best memories are of study groups with some of my classmates – many of whom are now working in the European Commission or, like myself, at the United Nations. I remember with pleasure and passion the lessons in International Law and International and Diplomatic Relations and the experiences shared by professors such as Prof. Staffan de Mistura, whom I then had the pleasure of getting to know better during his career at the WFP. Lastly, my Erasmus experience in northern Germany – so intense, that I still consider those places home today.

How did Luiss help you with your entrance into the working world?

I remember well the flyer at the Luiss Placement office which advertized a call for an unpaid internship called MAECI-MIUR-CRUI.

Having enrolled in International Political Science in 1995, I made it to the WFP thanks to Luiss. When I picked up that flyer, I was working in the private sector, at Alitalia. I quit a secure job to pursue my dream. After that first internship in the cooperation department at the Ministry of Foreign Affairs, I switched to consulting in the field of international cooperation, working in Sarajevo on post-war reconstruction, where I also had the privilege of participating in the event of the reopening of the Mostar bridge whose renovation was undertaken by the Italian Cooperation. After an interlude with various international NGOs, I started my work at the WFP, first in Rwanda for two years and then non-stop in all the major war scenarios. So I started by virtue of Luiss, who gave me that flyer.

Over the past twenty years, your work has led you to deal with emergency and development in Africa, Europe and Asia, between different places and cultures, even in war scenarios. How do organizations like WFP actually operate?

WFP is a United Nations agency that, unlike others, has both a humanitarian and development mandate. WFP was born as an emergency agency, but is now deeply rooted in 84 countries with very different contexts. We have some major operations, such as in Syria or Ethiopia, but we do not only deal with food distribution, despite the collective imagination of our airplanes and helicopters that parachute food into the most inaccessible and unreachable places. With its 15,000 employees, WFP also carries out sustainable development projects, working against“climate change” and supporting communities through safety net programs. Personally, in Turkey I was able to manage the largest humanitarian non-food distribution project that dealt with integrating Syrian refugees in Turkey, also leveraging the pre-existing welfare system in the country.

What are the skills and abilities necessary to operate in the world of international cooperation?

One must certainly have strong adaptability and the ability to quickly analyze the context in which one operates. You have to show respect and empathy for different cultures, and be informed about the context in which you work. Knowledge of languages ​​and openness to learning local languages ​​certainly helps, along with a pinch of diplomacy and resilience. These are skills that are not learned in books but in the field, and certainly LUISS with its global openness, with languages ​​and Political Science in general has offered me a solid foundation.

What do you recommend to those who want to pursue a career similar to yours?

My work does not often allow me to have a private life. When those who want to take up my profession ask me for advice, I tell them to always carry with them an affection, a shell to protect themselves with, a den in which to take refuge. In fact, a good dose of work-life balance is needed. Whoever does my job or similar jobs is forced to move about every two years and their roots are lost. Personally I was lucky: I have had a husband for over twenty years who, whenever he could, either followed me or waited for me.

What is the pandemic crisis and its impact on all areas of our personal, professional and social life teaching us and where will all this lead us?

Covid and these long lockdown periods have certainly brought with them many negative consequences for everyone. From a professional perspective, this has had a very strong impact on my ability to travel and reach those people who are most in need and who, as we said before, are more and more numerous every day. At the same time, however, traveling less and working from home has made me appreciate more the time spent with family and loved ones. I believe that many have found themselves in a similar condition. I think we should maintain over time the values, habits and experiences that we have rediscovered, in spite of ourselves, during this pandemic.

What aspect of your work do you prefer

My work is very complex. I like working on the ground, in contact with the people we assist. During my assignment in Turkey, before arriving in Rome, I worked day and night for two years for a project to support 1,700,000 people, with strict deadlines concerning the transfer of funds and provision for beneficiaries. This also entailed a lot of diplomacy with the Turkish government, the local Red Cross (which was our partner) and the European Union. But the effort was compensated every time I had the opportunity to visit some of these families, to sit with them and hear their stories, those of the grandparents who had accompanied and raised their grandchildren, those of the strenuous search for normality after leaving everything in Syria, their country of origin. The same has happened in every place I have been, such as the nutrition centers in Africa where we distribute food to pregnant mothers and preschool children, to break the vicious cycle of malnutrition.

In your human and professional experience, do you remember a moment of defiance? How did you overcome it?

There were two moments. The first was during the civil war in Burundi when I was evacuated in the space of half an hour during the night for security reasons and lost contact with my team. What was difficult was leaving my local colleagues and not hearing from them for days. At that moment I wanted to give up. All it took for me to start again was for me to hear them and be reassured about their conditions.

The second was in Chad, three months pregnant while my husband was in Italy. As soon as I landed at an airport in the north east of the country, I found myself involved in a fire exchange between guerrillas and military forces. I was expecting my son and was afraid for him.

To what extent have you found barriers in your career, especially due to being a woman?

I am proud to be a woman and I do not deny having encountered difficulties and sometimes having suffered unpleasant episodes. But even in these cases, empathy, respect and a pinch of cunning helped me. When I arrive in a country I always ask what gestures I should not do – body language often poses insurmountable barriers between cultures. I immediately try to steal secrets of the local culture by chatting with the driver who comes to pick me up at the airport. Women have an amazing ability to be resilient, sensitive, strong, empathetic and cunning. Without getting into controversy, I have learned from experience that the goal is best served by recognizing that my idea can be chosen as a solution even if the merit can be attributed to others and not to me. I call it my “personal silent humanitarian diplomacy”.

As a child, what did you dream of becoming?

At 10, I dreamed of being a conference interpreter, perhaps at the United Nations. I have always thought that communication, verbal and otherwise, is a means to overcome barriers. Even though I did something else, I know and speak 4 languages, and although I have not become an interpreter, I am still fascinated and thrilled to hear the simultaneous translation that is done in the sessions of the UN Executive Board and the WFP.

How satisfied are you with your achievements?

I am a perfectionist and I never feel like I have arrived. I always push myself to improve. Nevertheless, I am certainly satisfied with my path.

What are your next goals?

By internal rule of the WFP, we international officials are subject to relocation every few years, and I already know that within the next two years I will leave Rome again. If I have a choice, my preference is for South Africa, where we have a regional office covering 11 countries, and where I have been for 4 years. I would like to return there because I would have opportunities for professional growth, but also and above all because it is a splendid country from many points of view, where I also raised my son (I took him there when he was 3 years old).

A book that you would recommend reading.

The city of joy by the writer Dominique Lapierre. It is set in Calcutta, and in addition to being a touching novel and a raw reportage written with attention to detail, with particular attention to history, culture and local traditions, it portrays and witnesses a part of India that has been and that even now continues to partially exist. It is also an extraordinary lesson in courage and an appeal to hope. It is sure to inspire all readers, especially those who wish to pursue diplomatic careers. It gives a sense of the cross-sections of the difficulties that can be encountered doing a job like mine.

What is your motto?

It is an African proverb: “If you want to go fast, go alone but if you want to go far, go with others”. I use it a lot to play as a team, not just with my team. Governments, beneficiaries, partners have a fundamental role in the success of a project in my sector. The contributions of the various stakeholders are invaluable. So doing together is better and more effective.