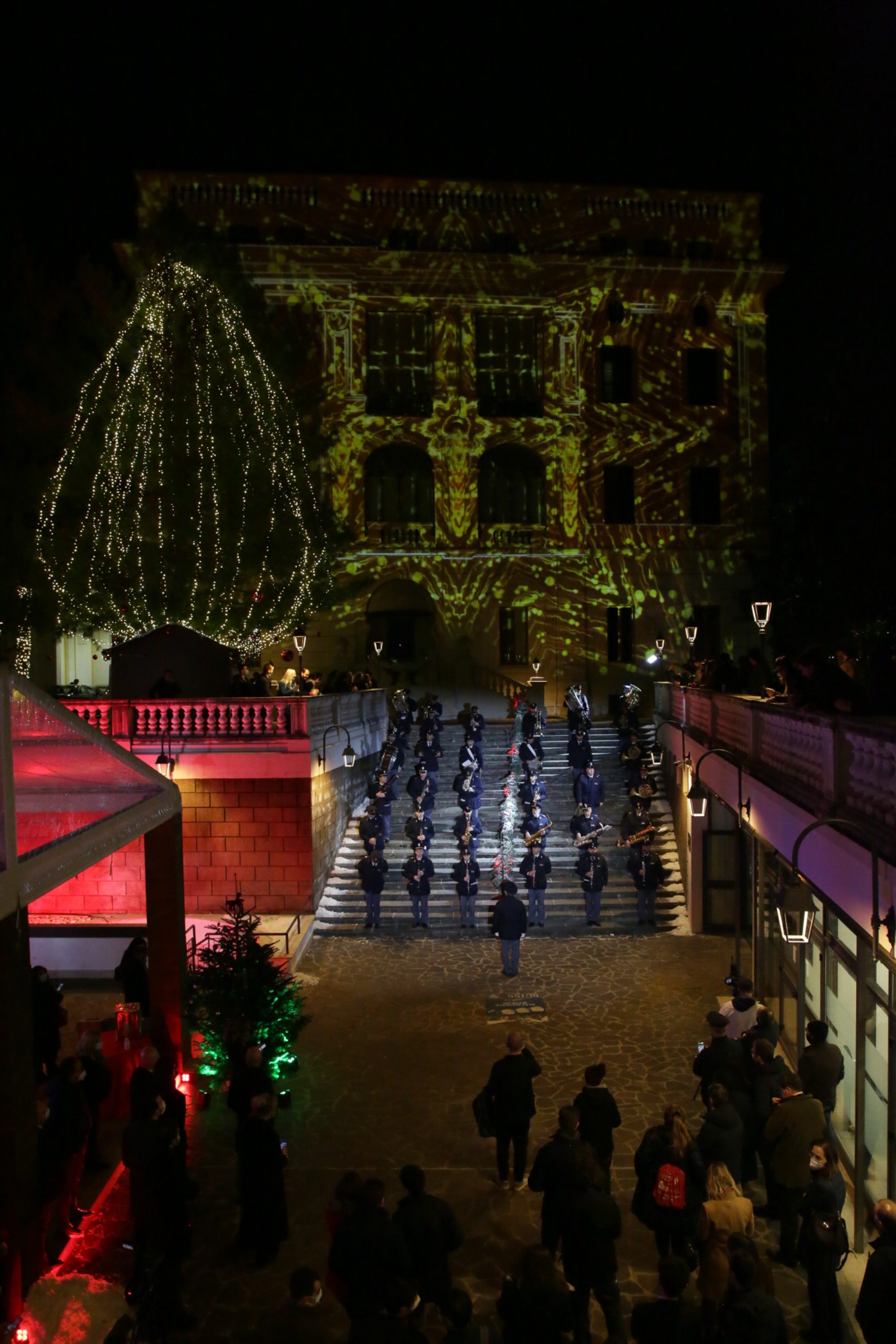 On Tuesday, 14 December, the Luiss Alumni Communities of Rome and Milan met on the premises of Viale Pola and in the Milan Luiss Hub for a celebratory toast for the upcoming holiday season.

In Rome, the event was preceded by the talk on “Global Capital Allocation: The Importance of International Currencies” during which Matteo Maggiore, Luiss Alumnus and Professor of Finance at Stanford University presented on the dollar, euro and renminbi in the

international monetary system. Gianni Riotta gave the opening remarks and moderated the event participated by Alumni, students, and representatives of the financial and business world.

After the meeting, the Fanfare of the Italian National Police performance was held, followed by the traditional Christmas toast. Andrea Battista, the Luiss Graduates Association President, was in Milan together with 120 Alumni and connected virtually with the over 150-persons community in Rome to which he gave his warm wishes. Immediately after, Professor Di Ciommo, Deputy Rector for Alumni Relations, and Chapter Leaders, Luigi Apollonio (Paris), Daniele Drago (California) and Daniele Moscati (Tel Aviv), connected from their respective locations.

Those present in Milan and Rome greeted each other and confirmed the first-calender appointment of the coming year: ALL Impact Speech with Pierroberto Folgiero, Luiss Alumnus and General Manager of Maire Tecnimont Group, taking place on Tuesday, 18 January at the Milano Luiss Hub.