Interview Roberto D’Alimonte: The re-election of Sergio Mattarella as President of the Italian Republic 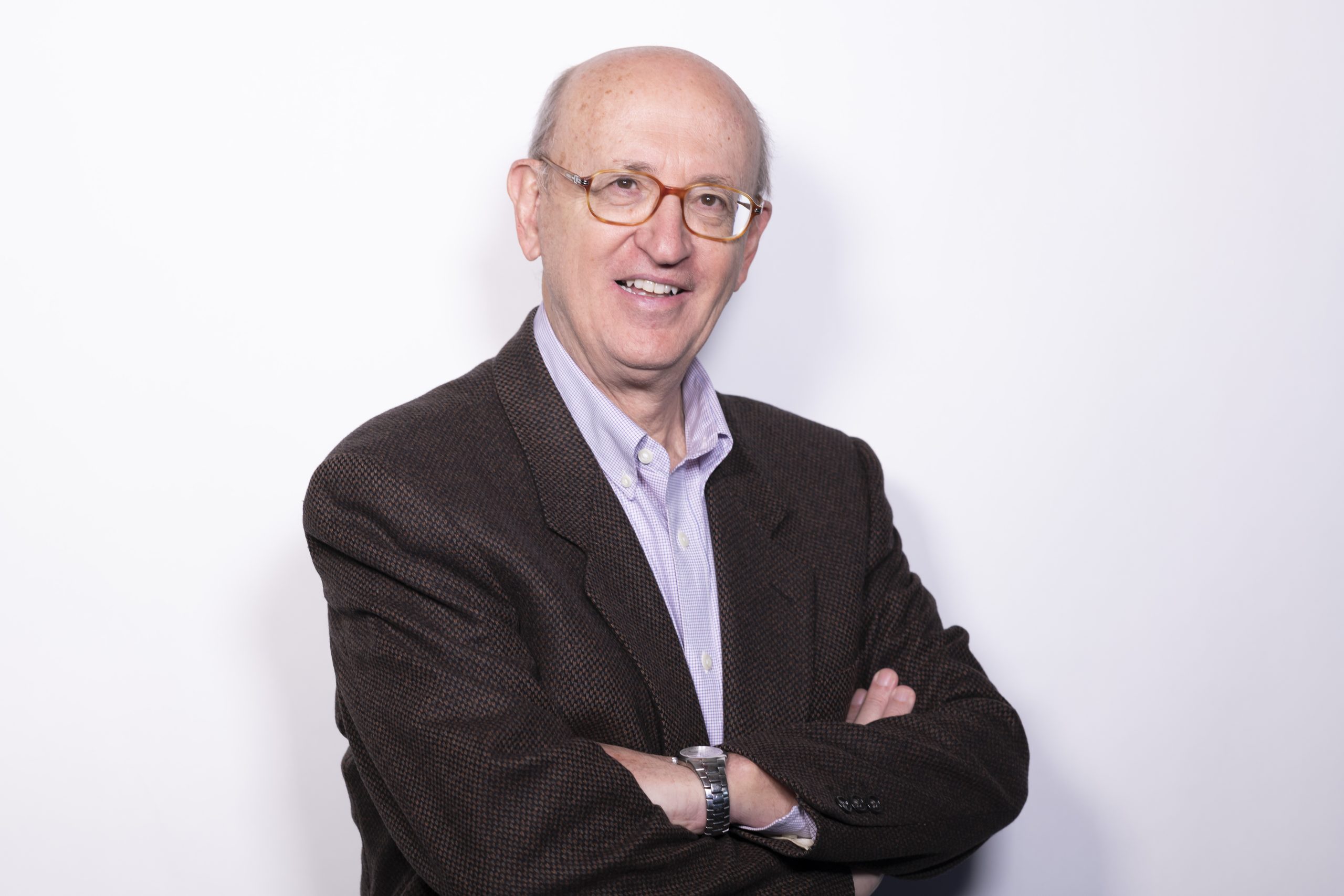 In this regard, we are pleased to interact with Roberto D’Alimonte, an expert political scientist and Professor of  the “Italian Political System” at the Department of Political Sciences of the Luiss Guido Carli University in Rome.

Thank you, Professor, for accepting the invitation.

What do you think about the re-election of the President of the Republic and, in particular, do you think this was necessary given in the current context? Did political actors make a precise and informed decision or was it rather a system error caused by the various gridlocks in the deliberative outcomes?

Thank you to you and the editorial staff for this opportunity for discussion. I believe the re-election is a positive outcome that was by no means foregone. In fact, the outcome resulted from a process characterized by uncertainties, given that the election was interconnected with other issues. Not surprisingly, to cite jargon used in academia and politics in Italian, we talk of “intertwined games” (giochi intrecciati).

Among interlocking issues, the risk of early elections was first and foremost. The veto of some parties loomed over the choice of Mario Draghi, a veto that would have considerably increased the risk.

Secondly, the internal balances of parties, for instance, Salvini’s problems with Lega as well as his relationship with Berlusconi on the one hand and with Meloni on the other. The issue related to an electoral reform is still very current.

Then there is the issue of alliances in view of the next elections. As mentioned, everything is intertwined which is why I was referring to game theory. The decision affects many issues which are of great interest to parties. The stalemate or gridlock that I previously mentioned emerged precisely from these interlinkages which parties have not yet managed to untangle.

However, the status quo is positive. Having a safety net is also positive in order to manage challenging situations. The European Central Bank slowed bond purchases and the yield spread increased. In this context, Sergio Mattarella represents a safety net as much as, if not more than Draghi. This is all very positive because without a shadow of a doubt, Mattarella will not repeat what Napolitano did. Mattarella intends to remain at Quirinale for the entire term.

These are the solid points of reference that we can rely on.

As mentioned, the constitutional process in question (elections) is surrounded by a widespread intolerance linked to the global factors caused by the Covid-19 pandemic. Economic and cultural life increasingly present unusual symptoms. These signals are often not recognized by scholars, writers, intellectuals, and public actors. What is your opinion about the future of Italy in political and cultural terms? One that cannot be separated from the future of Europe.

Our future is intrinsically linked to Europe.

Europe represents an important “safety net”. This was already discussed along with the theme of the Euro. The world has changed significantly.

In 2021, Italy was defined the “Country of the year”. We are currently living a period of stability thanks to Mattarella and Draghi. Nevertheless, Italy remains fragile at a social level, which both previously cited institutional entities tend to overlook. The truth is that we have small-medium-sized parties or perhaps too many parties. Voters are confused and have lost all points of reference: it is a liquid democracy. This underlying instability is worrying, especially when Draghi will no longer be in office. There is a lack of trust in politics which is worrisome because trust is fundamental in democracy. The public holds positive opinion towards Mattarella and Draghi. However, as long as citizens, elites, and the ruling social class continue to mistrust political parties, Italy will always remain unstable.

I argue that to lay solid grounds for true governance, the issue of institutional reforms must be resumed. On the subject of the Senate as Chamber of Regions, we must aim to reconcile the relationships between the State and Regions. There must be some level of autonomy that respects the diversities of the country without discrediting the more disadvantaged or poorer regions. The form of government and electoral legislation must be reviewed. Going back to previous discussions, Mayors and citizens must be able to choose their President of the Republic.

An important argument that we will revisit is the education for democracy. This is critical and must be taught in schools. The 2023 elections are fast approaching but the future is uncertain. Which electoral legalisation will be in place during elections? What will be the arenas? What will be the outcome? We need to go back to institutional reforms.

Perhaps coincidently, I recently reread the essays written by Breat Easton Ellis (Bianco, Einaudi, 2019) and Jonathan Franzen, starting from the well-known work, Zona disagio (Einaudi, 2006) and moving onto the latest and most intense text, La fine della fine del mondo (Einaudi, 2019). I often talk to my students or readers about this sense of mystical pain which appears to foresee something. I am drawn by the relationship between law and contemporary culture but clearly political powers and social actors shape the context.

As an academic, scientist, and political scholar, how do you interpret this sense of bewilderment?

Do you believe that, despite everything, this sense of bewilderment is a realization towards cultural and creative desires or is it proposing a possible extinction of the public ego?

Bearing in mind that we are living in an extraordinary historical moment, it is also true that we are experiencing a time of transition. The present is a technological revolution, the most significant in the history of humanity.

We have witnessed other important changes. Think of the internal-combustion engine or the invention of electricity that truly transformed society at the time. Today’s revolution – driven by the Internet, cell phones, and digitalization – is in its early stages. In fact, the use of artificial intelligence has greatly impacted the foundations of our society, shaping the way we work and live. The overwhelming sense you refer to derives from being unprepared for change. Likewise, youth is unprepared to address these changes. The epochal invention of the Internet has transformed politics, culture, and information. Hence, schools and institutions are struggling to adapt. At this speed, we are not ready. Change is not only occurring at a fast pace but is also very intense at all levels. It is challenging to adapt to change when you are unequipped. However, this time holds great opportunities as science will undoubtedly provide benefits for all.

As always, in transition periods, there are winners and losers. Opportunities also imply risks that can undermine the foundations of democratic systems. Political class and institutions will be seriously questioned if feelings of mistrust, discontent, and anger continue to grow and propagate. We must create adequate networks to manage the anger felt by losers and enthusiasm experienced by winners. This is the importance of education for democracy: it means understanding its strengths and limitations.

Education for democracy is done through a different education system. I personally attended ‘il classico’ high school and I am happy with it. However, this is no longer enough nor suitable. Other than the institutional reform, there is an urgent need to reform schools that can teach education for democracy and can strive to close the gap between the training of youth and the demands of the digital economy. There are far too many young people who are not adequately equipped or skilled for current labor market demands. On the one hand, companies criticize the lack of practical hiring, and on the other, many young people are unemployed.

Schools must be improved, in fact transformed, by offering scientific learning and social sciences classes. Even in cases where education is excellent, this is not enough. Democracy must be integrated in the curriculum. We need empirical culture, more than philosophy and legal sciences.

The theme of empirical culture is fundamental. As privileged witnesses, we have the opportunity to play an active role. Thank you, Professor, for sharing your insightful reflections. A special thank you also goes to Luiss Connect for the fruitful and unique opportunity for discussion.

Thank you all for this wonderful occasion. I greatly appreciated it.