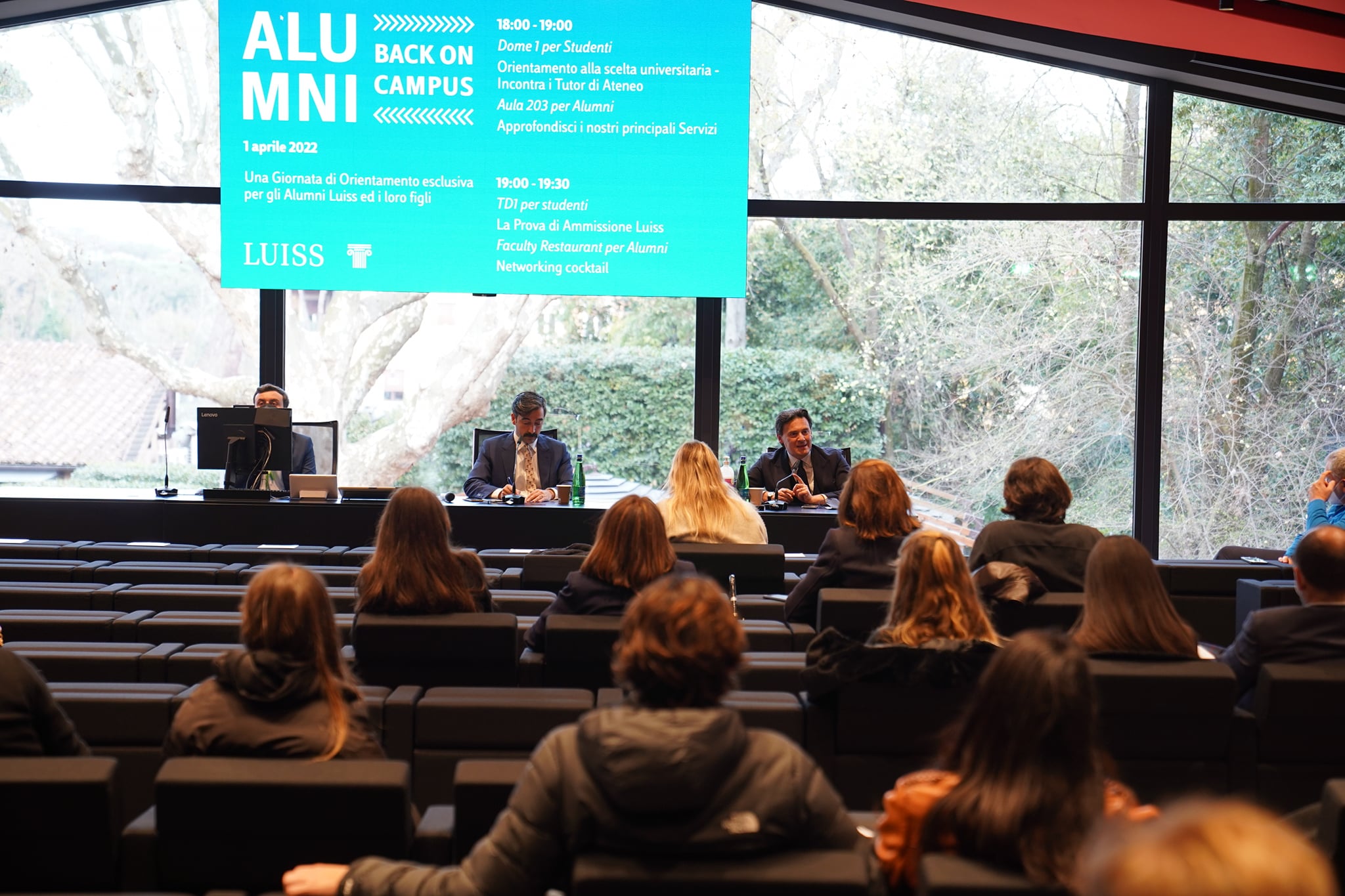 During the months of March and April, we hosted multiple events that saw the participation of Luiss Alumni.

The second edition of Reconnect Luiss has begun, a program aimed at building mentoring relationships between selected Alumni and a group of motivated Luiss Students. Alumni and students either benefitted from or are currently studying at Luiss thanks to a scholarship. The meeting, led by Professor Anna Fiorentino, facilitator and Learning Guide, was also attended by Professor Simona Romani, Economics and Business Management Professor and Deputy Rector for Education, Responsible for Luiss Master Degrees, and Giovanni Lo Storto, Luiss General Manager.

The first event of Il Circolo di Guido also took place in March, a series of events dedicated to Mentors of the Guido Mentoring Program. Approximately 80 Mentor Alumni were involved, together with the University’s Top Management and Professors. The event saw the participation of Mario Rasetti, Emeritus Professor of Theoretical Physics at Politecnico di Torino, who delivered a keynote on the future of science.

Also, between March and April, our Alumni were the protagonists of Choose your Path, three orientation meetings designed for Luiss Bachelor’s Degree students to guide them in the best way possible in choosing the Master’s program.

In April, the inauguration of Alumni Back on Campus was held, that is the first orientation day dedicated to Luiss Alumni and their sons and/or daughters. It was an opportunity for our Alumni to return to the University with their sons and/or daughters and for the latter to learn more about the University’s educational offerings and meet with Tutors one-on-one and the heads of the main student services. Students performed an admission mock test, while parents and Luiss Alumni gathered for a networking aperitif.